Sorry I have been slacking this week. May has always been a busy month for Team Hamer. Here are a few things that happened in May:

Now that is it June and we have had our first week of no school, I hope to do a better job of updating the bog. The sun is out today and I am heading to the gym for a joint Lifetime Fitness/LuluLemon Yoga on the roof class. From the FB page, it looks like it will be a good turn out. I am going to get there early so I can get a good spot! The Boy and My Man are going to guitar practice and down into ATL to pick up a watch.

I will update you later today on the Yoga class. I hope everyone has a wonderful morning!

Question: Are you working out this morning? What are you doing?

Today started off by getting My Man and The Boy off to work/camp. I then did my AM Yoga DVD. I did the forward bend practice. Of course, I was not alone. Panny and Simon did a few cat yoga moves with me and then went off to eat a little. I was really sore from yesterday’s bike ride. My hamstrings hurt when I did the forward bend. I couldn’t go down as far as usual but by the end I felt better.

I want to give a shout out to my girl Heidi for sending me the linky link that showed me how to make links on WordPress. I knew it would be right there in front of my face and I wasn’t wrong! Thanks again Heidi!!!

My bike ride went well yesterday but during the middle of the ride I saw smoke in the distance and a helicopter hovering. Something was defiantly on fire. I told my assistant about this morning and she read the an apartment complex had a fire and it affected a section of apartments. I hope everyone is ok. By the time I left, the smoke was getting heavier and I was happy I got there when I did. It would have sucked to have to ride in it.

It looks like I will be doing Meatless Tuesday today. I had a protein smoothie while I drove to work today. I then had same salad I had on Monday for lunch. I also had some grapes and an apple with peanut butter for snacks. I have really been on a peanut butter kick lately.  It is so yummy! I only eat the Trader Joes kind. Only peanuts and salt for me!

After work, I went and picked The Boy up from camp. Boys are weird. Yesterday I went to pick him up and he was like “What took you so long?” It was 4:30. Today I get there and he is unhappy because he said I came to early! It was 4:05. I can’t win!

When we got home he had to practice his piano. I must a admit, I totally forgot about it yesterday. He has his lesson tomorrow. He has one song memorized but not the second one. I am not to worried though since the second one is a new song and much longer then the first. After practice I did a little work on My Hotel Yorba and then is was time for dinner. 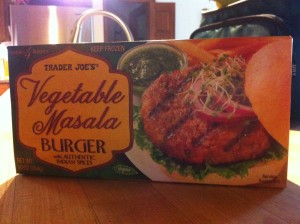 I made my self a veggie quesadilla using Trader Joe’s vegetable Marsala burger and cheese as the filling. I also had a side of black beans. 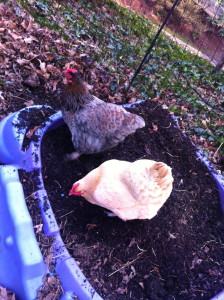 After dinner, I went out to hang out with the girls. For snack they got home-grown lettuce and broccoli. The broccoli heads are starting to go bad so I thought I would see if they would like them. 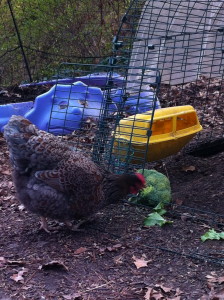 I sit outside with them while they eat and then scratch the ground, inside purple Dino and take dirt baths. Hawks are an issue. A little over a month ago a hawk killed our little chicken Sally. She was a Silkie and only weighed a pound or two, much smaller then the other two. I am still upset about it, so now I hang out with them while they free range. It is a good thing I do. When I went to put them up I saw a hawk fly away. It had been hiding in a tree about not to far away from the coop. 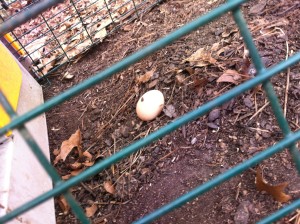 How did that get there?

Turbo on the left, Poppy on the right

Plans for the rest of the night include riding the stationary bike for a least an hour and catching up on my DVR’d shows! Oh! I have a new Twitter handle – @myhotelyorba  Go check it out and follow me…I will follow you!!

Question: How often do you go meatless? Where do you get your recipes? 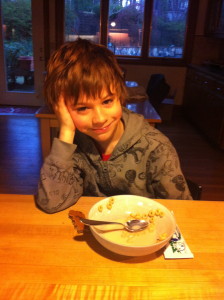 Good Morning! Here at Hotel Yorba we got to sleep in an extra 30 minutes since it is Spring Break for The Boy. Once I get him and My Man off to camp/work, I am going to do Rodney Yee’s AM Yoga for your week. Today I will work on Twists. My neck has been hurting for the last two days and I am hoping this will help. 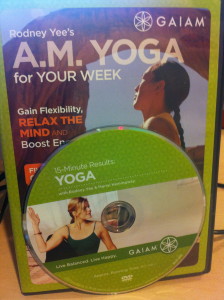 I first started yoga at home using DVD’s. My first one was Gaiam’s 15-minute Results Yoga with Rodney Yee and Mariel Hemingway. I remember that I was totally pooped by the end of one workout…it was only 15 minutes!! I now take classes at the gym and some are as long as 90 minutes! I have come a long way! The thing with doing yoga at home is that I am never alone. I have two yoga buddies who LOVE to get all in my business while I do my practice. 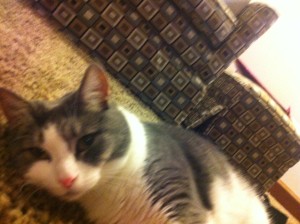 Panny to my Left 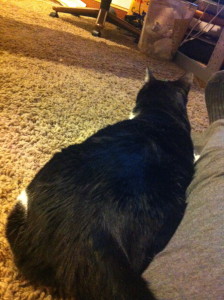 Must be next to mom 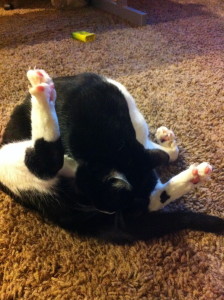 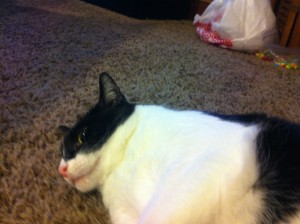 Simon is the black and white one. He is the one who crawls all over me during my workout squeaking for me to pet and love on him. Yes, he is a cat but he squeaks, he does not meow. I ask him if he is part mouse and he shows me is brown eye… Not fresh Simon, not fresh. 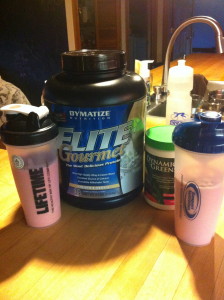 I also made protein smoothies for My Man and I to drink today. Time to get cleaned up and head to work. Hope everyone has a great morning!

Website homework Figure out how to set up “links” to other websites. If anyone know how to on WordPress let me know. I know it is probably pretty simple!